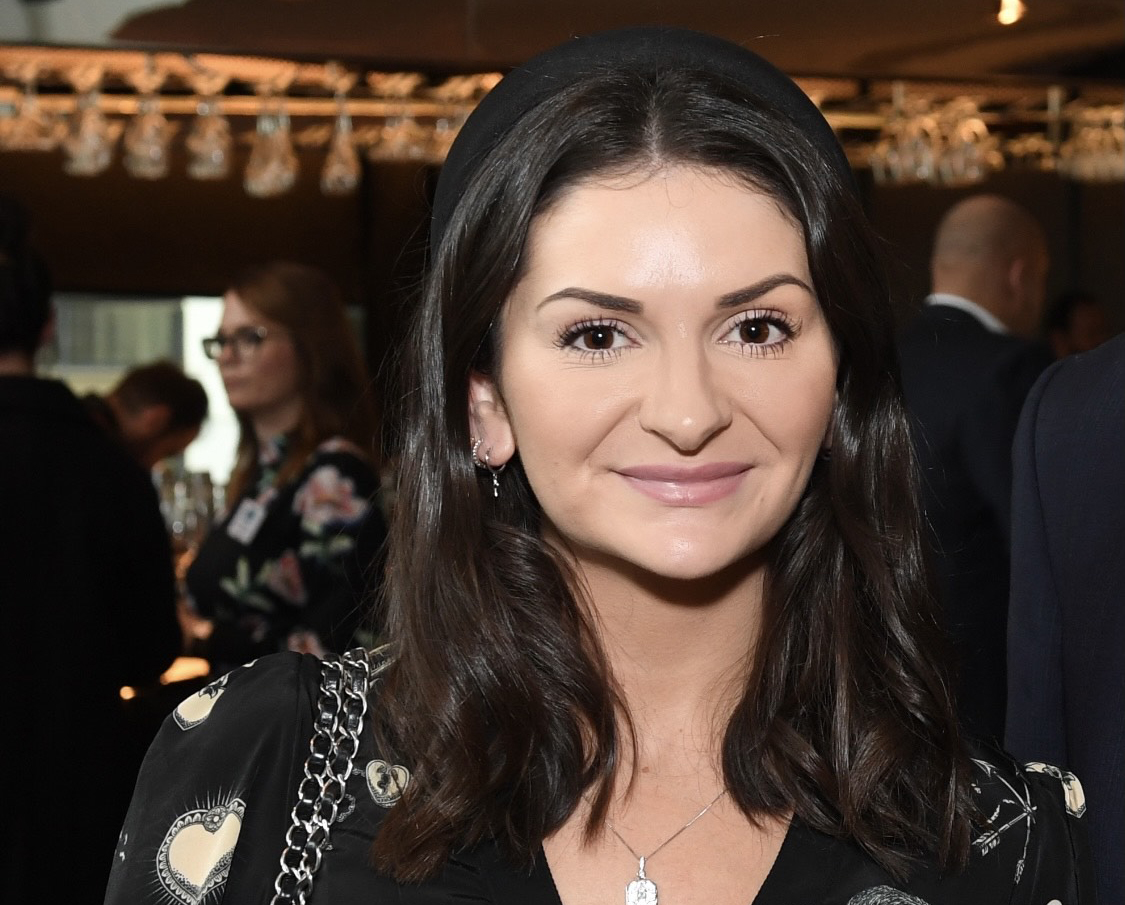 To mark International Women’s Day on 8 March 2021, we have invited some of the CMJ’s inspirational female members to talk about experiences in their careers and the jewellery and watch industry in general. Here we meet Amy Mellor of award-winning retailer David Mellor Jewellers, which has stores in Andover, Totton and Eastleigh, Hampshire.

What is your career background?

My career background, prior to joining the family business full-time at 18, is pretty sparse but I have had a “job” of some sort since the age of 13 (though I’m not sure this would sit well with child labour laws!), all of which have been customer-facing. From the age of eight, I was absolutely obsessed with horses, so much so that I basically forced the stables to give me a job when I turned 13 – I was in my element! This job developed as I got older and by 16 I was a riding instructor, teaching up to intermediate level with no formal qualifications, and managing the yard of 20 stabled horses plus numerous that lived out. When I was studying for my A-levels, I swapped the stables for waiting tables at a local jazz club.

These jobs, despite being comparatively short-lived and irrelevant to running a jewellery business, taught me so much about how to communicate with customers and how having a solid work ethic and being loyal to your employer is one of the best traits you can have in a workplace.

From my forays into horses and hospitality, I learned that I’m a natural leader and had an instinct for business and its development – to the point that I would be frustrated at some of the practices that seemed obviously backwards to me. Although I had a bit of a pipe dream to become a journalist, I felt I wouldn’t do well working under someone else (and probably as an unpaid intern), so it was then inevitable when I left college that I joined the family business!

As a female business owner, is there anything you have done or want to do in the workplace to support gender equality?

Co-owning and running a business alongside my family (with two older brothers, I might add), there have without a doubt been times where I have been treated differently by suppliers/tradesmen/customers purely and simply because I am a woman. I have also heard female members of staff be spoken to differently (often in a condescending tone) by customers just because they’re women. It’s infuriating and something that we are taught just to “accept” but it’s 2021 and this shouldn’t still be happening, nor should we have to swallow it.

I remember a few years ago, we’d hired a male trainee sales assistant, who was a few years younger than me, and despite being the one to greet the customer, I was completely looked through and the customer beelined straight to the male member of staff with his enquiry. This type of systemic sexism is so prevalent and needs to be looked at even from a grass roots level.

As my brothers and I take our business forward, we intend to stamp out any sexism within the work environment – whoever it might be from – and we will continue to pay our staff fairly based on merit as opposed to their gender. Our workforce is predominantly female, many have young families for which they are the primary caregiver, so we pride ourselves on being flexible and understanding of the unpredictability of juggling full-time work alongside raising children. We feel that no woman should have to choose one or the other when it comes to having a career or having children.

We are all for celebrating women’s achievements. What do you consider to be your greatest achievement to date?

I wouldn’t say I have a singular stand-out achievement as yet, as I like to think that achievements can be found in how you handle each day and overcome small (but important) hurdles with resilience. Though, if I had to choose one thing that I look back at and am proud of, it’s the inception and growth of our social media channels. A business Facebook page was the first thing I implemented when I joined the business in 2012 and I’ve continued to manage it, create the content and communicate our colloquial way of business to our online audience. We’re currently standing at 11.5k followers on Facebook, with an average monthly reach of 50k and our Instagram has 3.2k followers which, although a smaller audience and consequently less reach than our Facebook, they are very engaged and it goes to show that often numbers aren’t everything. Having had no training in marketing and mostly just “winging it” I’d say this is the aspect of my work that I am most proud of.

I would probably also say the creation and population of our website – but that was such a mammoth task that I’ve compartmentalised this into the deep depths of my memory to not relive the stress of it haha!

Do you have a female role model and how has she influenced/inspired your career?

Perhaps a bit of a cliché, but my mum is my role model without a shadow of a doubt. Fiercely independent, quietly intelligent, hard-working and kind to a fault, if I can be half the woman that she is, I will be very happy!

Despite not making the cut for Grammar School (sorry Mum!), she went on to work her way up from bookkeeper to company secretary at a multi-million pound company through sheer hard-work, conscientiousness and resilience. She’d often tell me tales of the sexism she had to deal with in the workplace and how she would just hit them back with something witty that would often leave them speechless – I imagine because she was as sharp as a tack and undoubtedly could outsmart them with her eyes closed! I like to think that I’ve inherited her way with words and the ability to think quickly on my feet…though I think she’d agree that I’m much more confident than she was at my age (27).

When she met my dad and left work to start a family, her incredible work ethic shone through and resulted in her changing her plans to be a full-time mum to assist with the business, which was going through very turbulent times as a result of the ’90s recession. Arguably, I’m not sure which would’ve been the easier job (three children with only two years between each!), but I imagine one would’ve been far more fulfilling than the other.

Mum’s role evolved through the years and what was once just keeping the books, turned into co-directing and playing a crucial role in steering the David Mellor Jewellers ship. She is an exemplar role model of how you can still maintain a career and be an attentive parent.

What would be your one message to other women starting out in their careers now?

I’m a firm believer that, despite systemically being told otherwise, women are capable of doing absolutely anything and are crucial in the workforce and in business.

So with this in mind, my advice would be to know your worth and follow your gut instinct – if you feel as though you should be valued and appreciated more, then speak up; know that you deserve a seat at the table and don’t let anyone tell you or imply that you haven’t got it in you or that you need to “stay in your lane”.

One thing I hear a lot when it comes to women in business is that “we get emotional” and it can “cloud our judgement” but quite frankly, I think business could do with a bit more emotion – particularly in the jewellery industry as emotion is exactly what we’re selling.

What does International Women’s Day and this year’s #ChooseToChallenge mean to you?

International Women’s Day is so important because until we’re on a level-playing field, we need to support, celebrate and bolster a gender that is still suffering day-to-day negative connotations just for not being male. It’s like an uneven see-saw and even in 2021, there’s still a favoured side and the only way to make things equal is to celebrate and highlight how the other side of the see-saw is just as fun to play on.

#ChooseToChallenge is a simple message and it’s a decision we need to make every day. Do we bite our tongues and go along with the status quo, or do we #ChooseToChallenge the stereotypes and hope to make a difference with every choice we make? I’d like to be described as “assertive” not “bossy”, “passionate” not “hormonal”…there are so many nuances that we have to deal with as women and I’m going to #ChooseToChallenge so that we can eradicate these.

You can read more International Women’s Day features on our blog. Let us know what you think in the comments section.

July is just around the corner which is #independe