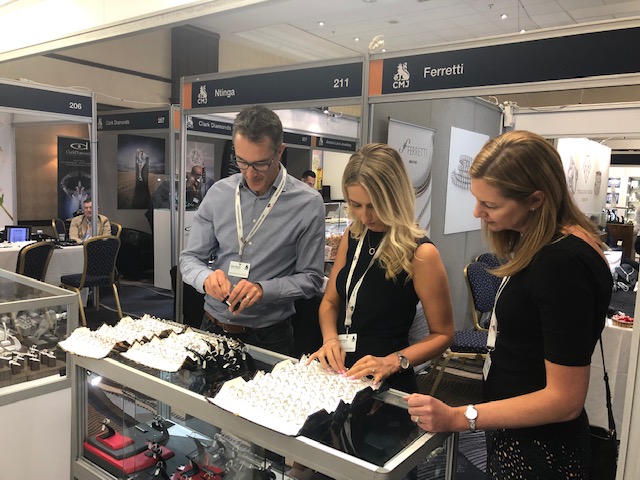 Order flow and enquiries were buoyant at the August CMJ Trade Event, auguring for a solid festive season.

“We are very happy. We had a strong show. We had brisk enquiries for our new Orange Blossom collection.”

Shah added: “We were very impressed by the way the CMJ organised the event.”

London Pearl received orders from a few retailers with whom they had not done business for several years, said managing director Daniel Vecht.

A tactile and playful silver ring featuring an attractive combination of Chinese freshwater pearls, was the best-selling item in volume terms for London Pearl at the CMJ event.

Ungar and Ungar saw buoyant enquiries for rings featuring coloured stones in unusual combinations, such as amethyst surrounded by rubies.

Bernard Ungar spoke of strong demand for blue topaz because of its attractive price point, as part of continuing tastes for coloured gemstones in jewellery.

“I’ve had 15 strong enquiries which is great — better than expected,” Andrew said.