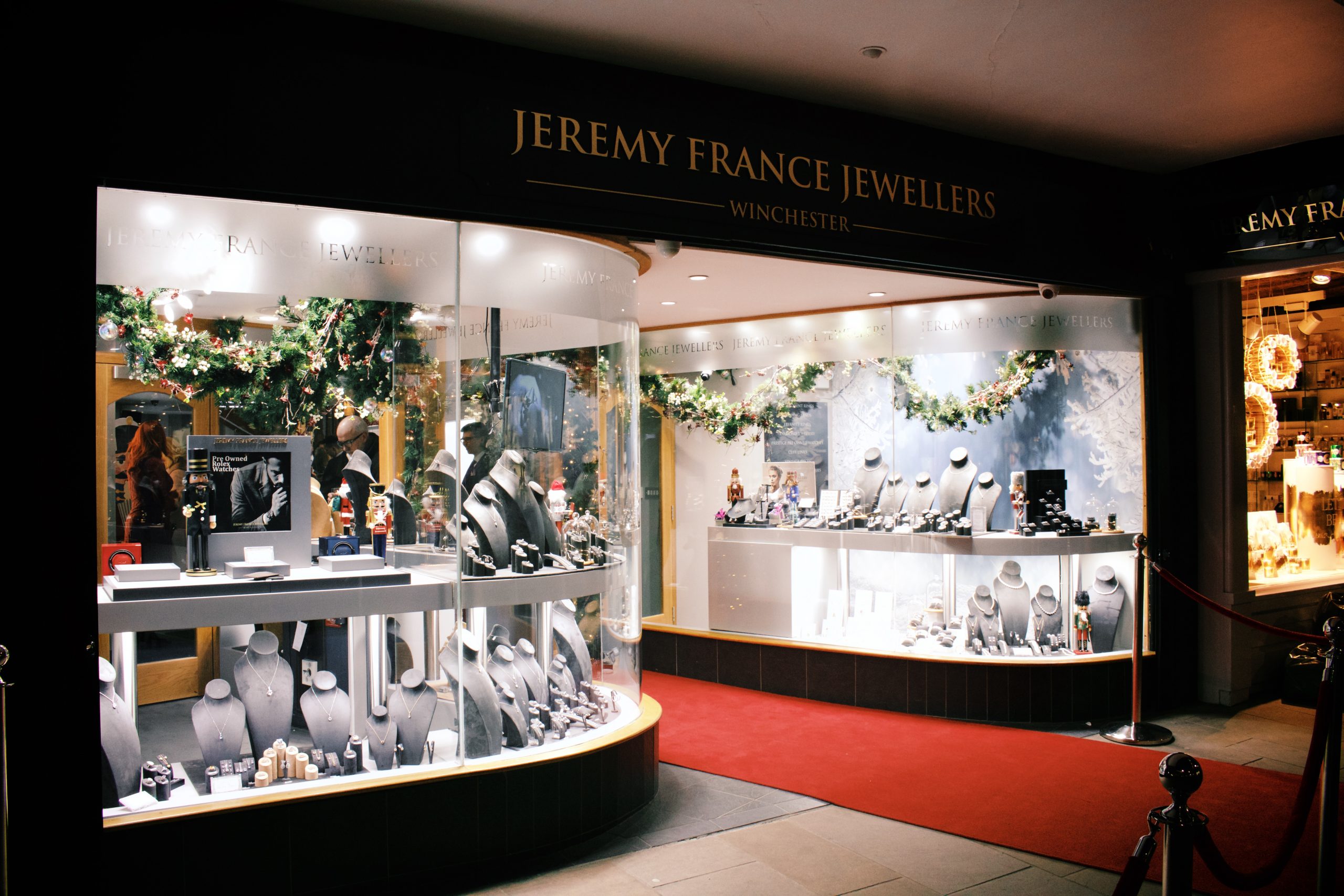 Jeremy France Jewellers: The Next Generation

Jeremy France Jewellers has built up an enviable reputation in the historical city of Winchester. The popular independent jeweller has gone from strength to strength, since their move from Kent, scooping multiple awards and praise for their unrivalled customer service and innovative business ideas.

After forty years in the jewellery trade, founder Jeremy France has announced plans to step back from the company and retire. Discover the next generation of Frances to take on the mantle as we sit down with Harriet France, Jeremy’s daughter, to discuss her decision to join the company and the plans she and her brother have for the future of the store.

Harriet France can remember sitting with her dad and the goldsmiths at the bench as a child, as they would go through the scrap boxes together and discover metal wire off-cuts, stone settings and chipped stones to ‘make’ a ring. “I still have one of these ‘rings’ in the bottom of my jewellery box now! It may have just been a piece of wire with a sapphire glued in a loop, but to me it was precious!” 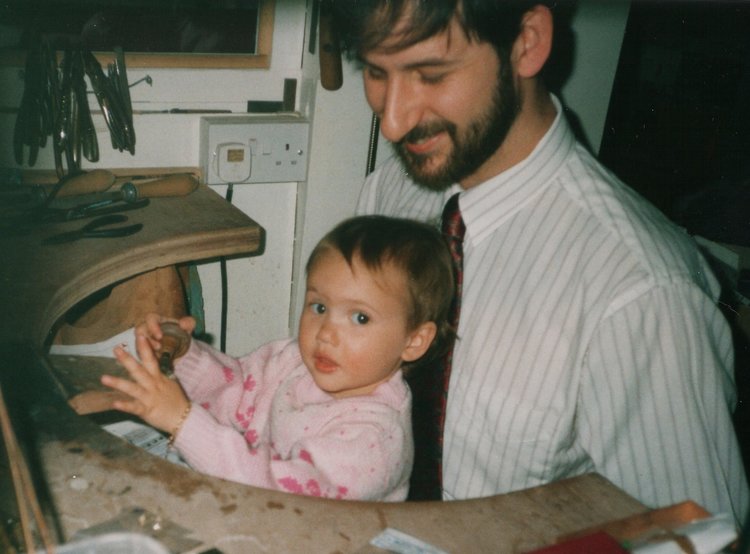 Perhaps it was this fascination of turning dirty bits of metal into beautiful sparkling rings that inspired her choice to join the family business. Harriet is the 2nd generation of her family to be involved with the award-winning Winchester jewellers, having joined the company as a Saturday girl when she was 15, and then becoming full time in 2012 following her studies in Business and Management at the University of Exeter. “As I started to develop interests in school it became obvious that my talents lay in an office environment not at a bench. It really was at this stage in my teens that I realised that my curiosity for understanding people and my skills with spreadsheets and numbers made joining the company an obvious career path.”

“Chris (France) on the other hand was the polar opposite, as he realised his talents early on were more creative. Like Jeremy, Chris realised he preferred restoration and repairing to making. His satisfaction comes from turning something tired into something beautiful again. Anyone can start from scratch to create something amazing but to transform something old is a true skill. ”

Jeremy France Jewellers started life in the early 1990s in Kent with Jeremy behind the bench working as a goldsmith. Following a number of successful years in the county, Jeremy relocated the store to the beautiful high street in Winchester. However, the independent jewellers were keen to keep their family-run values, so Jeremy was delighted when Harriet and Chris became interested in the business and eventually joined the company. “Dad supported and guided me through the first few years. Showing me interesting examples of repair work, introducing me to diamond dealers and asking for my opinions on buying. 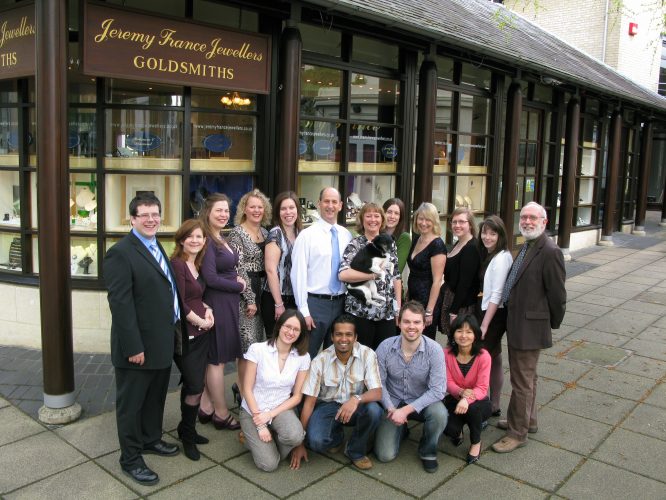 “He stood nearby while I figured things out. He strongly encouraged me to take his place at the NAJ’s EDF group he attended (now IGA) where I was able to develop a strong network of friends within the industry for myself. Most recently he also encouraged me to get more involved with Winchester’s BID, of which he had been on the board for over a decade. On his suggestion I joined an Independents Advisory Group, and together I help to promote all independent businesses within the city centre. Each little new role I learnt and took over from. have added up to now running the business I am proud to be a part of today.”

The company has since grown from a small family-run shop to a thriving independent business at the heart of the city, with state-of-the-art workshop offering in-house jewellery repairs and handmade commissions, as well as an exclusive 3D CAD jewellery design service. The business now employs twenty-five talented individuals whose skills range from jewellery design, manufacturing and repairing, CAD designing to diamond grading.

When asked about the direction of the store, Harriet noted that the independent jeweller will remain focused on striving to exceed their customer’s expectations. “I’m not looking to reinvent the wheel; dad has done a great service to the company in relocating us to our current presence in the middle of the high street and really I want to focus the next two years on maintaining a good local presence and being known as the best in customer service in Hampshire. Staff really are the key to our success and ensuring we give an exceptional experience comes first.

“I am excited to see Jeremy Retire. He has worked hard to create the fantastic business I am proud to say I care for today. He has instilled in me his core values of honesty, loyalty and exceptional customer service and I look forward to moving the company forward into the new challenges ahead. He now has the opportunity to enjoy the fruits of his hard work and dedication and I look forward to keeping his names legacy going for many more years to come.”

The @birminghamassayoffice is relaunching its face